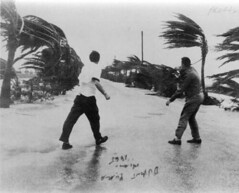 I wish I had some better news to report, but I wanted you to stay out of the storm so to speak. The NOAA is predicting this years hurricane season to be an active one. Now is the time to insure yourself and your trip by purchasing travel insurance.

How Does the 2010 Hurricane Season Affect Travel Insurance?

The 2010 hurricane season could be one of the worst

It has never been more important to protect yourself with travel insurance. With events like the ongoing volcano eruptions in Iceland and the Gulf oil spill capturing headlines every day, more and more people are becoming aware of the value of trip insurance when air travel is disrupted or destinations change. Now, there’s a new danger for savvy travelers to be aware of: the 2010 hurricane season.

Of course, hurricane season itself is nothing new: conditions are right for hurricanes in the Atlantic from approximately June 1 through November 30 every year, and in the Pacific from May 15 forward. The first named tropical storm of this season, Agatha, became active in Central America in late May and caused an estimated 15 deaths.

But this year, experts are raising the alarm. The NOAA’s hurricane season prediction calls for an extremely active Atlantic hurricane season, with 14-23 named storms and 8-14 hurricanes. A full 3 to 7 of those hurricanes could be devastating category 3, 4, or 5 storms. Category 5 storms have sustained winds in excess of 156 miles per hour, and can bring with them long-term disruption of utilities, public services, and businesses throughout the affected area, with widespread evacuation to shelters.

A number of factors are fueling more dire hurricane season predictions. Weak wind shear, associated with the end of El Niño in the Pacific, means that storms are less likely to be disrupted. Ocean temperatures at the surface are higher than usual, providing fertile grounds for storm development. Lastly, 2010 is part of a “high activity era” designated by scientists, who mark 2005 as first place in storm development for the last 15 seasons. In 2005, there were 28 named storms, including the monstrous Hurricane Katrina.

Volcanoes, floods, and other unpredictable acts of nature have left millions of travelers stranded or disappointed already this year, but according to top climate scientists, one thing is certain: the 2010 hurricane season is going to be more volatile than ever, and that means further travel disruptions can happen at short notice. There’s never been a better time to make travel insurance part of your long-term trip planning routines. With our help, you’ll be prepared and ready to enjoy your trip with true peace of mind. Read comments from our editors on travel insurance reviews.