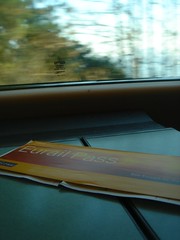 There are four main pass categories:

Eurail Select
Don’t want to travel to more than three, four, or five countries? Design your pass the way you want to travel. The only catch? The countries must border each other.

Eurail Regional Travel from three to 10 days within a two month period for those who want to explore one of 25 regions in Europe. Each region has different specifics, so consult your Eurail or travel agent.

Eurail One-Country
Explore one of 17 countries up close and personal: Austria, Croatia, Czech Republic, Denmark, Finland, Greece, Holland, Hungary, Ireland, Italy, Norway, Poland, Portugal, Romania, Slovenia, Spain, and Sweden. These used to be called the Eurail National Pass for those of you who have used them before.

Don’t Sweat the Small Stuff
If two to five adults aged 26 or over are going to travel together, consider the Saver Pass or a Youth Pass if you are under 25. Note that Saver Passes are available as first class on most Eurail passes. Youth passes are second class or coach, but in some cases can be upped to first class. Kids ages four to 11 pay just half of the adult pass and kids up to four can usually sit on an adult’s lap, so they ride free. Beware one caveat: Eurail passes offer no Pass Security insurance. The Eurail office strongly advises you to see if your Eurail Pass is covered under your own insurance. If not, they advise you to get travel insurance.

Don’t forget that travel begins for any pass on the first day you use it and that the pass must be validated within six months of issue. Don’t try to activate your pass without an official stamp from the Eurail Aid Office or at a rail ticket window. If you do it yourself, it is worth nothing and non-refundable. Know that 24 hours constitutes a travel day and is calculated midnight to midnight, local time with overnight travel often an exception with different rules. There are varying discounts when you present your Eurail pass at select ferries, buses, hotels, museums and other sightseeing venues, so always ask. As always, keep your Eurail pass with your main travel documents, such as passport and other identification. It will do you no good locked in your suitcase with your travel insurance policy, pack of gum, and souvenirs.