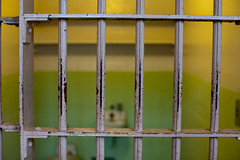 Convicted felons likely will have no problem obtaining a passport. A passport cannot prove you will commit a crime or validate your character as a person. Passports are identity documents only, providing proof of citizenship to a particular country. Unless you have ever attempted to overthrow the United States government or have committed treason of any kind, you are eligible to apply for and to receive a passport, save a few federal caveats:

Convicted Felons Can Be Denied a US Passport

If you are a convicted felon who has completed your sentence and want to travel abroad, the first step is to obtain a passport. Your felony record alone may not be a barrier to obtaining the passport, but you could be denied a passport under the following circumstances:

The US Secretary of State can ask for passport application denial if you are deemed a serious threat to national security or US foreign policy, here or abroad.

What if a felon already has a passport?

If you are a convicted felon who already possesses a US passport, it can be revoked or restricted if you fall under the disqualifications noted above. If the passport was originally obtained, altered, or utilized under false pretense, meaning fraud, it could be revoked. Also, your passport can be invalidated for travel through some countries in which the United States has formally declared war or if there is a clear and present danger to the passport holder. The Secretary of State holds this power to invalidate, revoke, or restrict your otherwise valid passport. Check the Federal Register for details.

Do your research at the US State Department web site before you go. Some countries will not even issue you a visa if you are a convicted felon. Canada will not allow you to enter the country if you even have drunken driving convictions on your record.

As a tangent concern, a travel insurance policy or simple travel insurance may not be obtainable if you are currently serving time for a felony conviction. Insurance companies tend to deny those who put their lives in danger, especially habitual drunken drivers or others putting themselves into felonious situations.

The bottom line is this: if you are a convicted felon, you can get your passport as long as you do not have any federal court mandate stating otherwise, or any other compelling reason that the US Secretary of State can issue a discretionary denial.