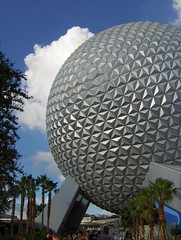 A trip to Disney World located in Orland0, Florida is usually associated with fun since the entire park was designed to give children the chance to live out their dreams with some of the most beloved figures of all time. For parents who may be looking for a reason to take their kids to Disney World, one question is often asked: Is a trip to Disney World educational?

Firstly, Disney’s Animal Kingdom offers a “Wild by Design” tour that takes groups of sightseers through a swampy area based on of a small part of Africa. Along the route, the group is exposed to a small section of the African ecosystem. Participants must be at least 14 years old. Then, there is the “Backstage Safari” attraction that teaches those 16 years of age and older about caring for the animals. The group visits a veterinary hospital and Nutrition Center. For the people who stay in the Animal Kingdom Lodge, there are several other educational animal-related programs available as well.

The hands-down most educational attraction at Disney World is EPCOT. EPCOT, which stands for Experimental Prototype Community of Tomorrow, is a futuristic dome that focuses on hypothesizing what future technology will be. In addition to allowing people the chance to explore both current and future technologies, EPCOT offers a series of marine-related tours as well. “DiveQuest” is a dive tour of EPCOT’s 6-million gallon indoor aquarium. “Dolphins in Depth” is an arranged dolphin encounter that allows people ages 13 and up to get up close and personal with dolphins and “Seas Aqua Tour” is for the younger children so that they can experience the aquarium as fully as possible. Visitors will also find the two plant-related tours, “Gardens of the World” and “Behind the Seeds,” to be highly educational.

There are many other attractions that educate visitors on how the park itself was formed and how it runs. Disney-MGM studios offer backstage tours so people can see how films are put together and Magic Kingdom offers a look at the park’s steam train operation system, along with other programs.

With all of these adventures, it’s a good idea to invest in some kind of travel insurance. While accidents at Disney World may be few and far between, there is always the smallest chance that something can go wrong, so getting a single trip travel insurance policy will help make sure the trip goes as smoothly as possible.