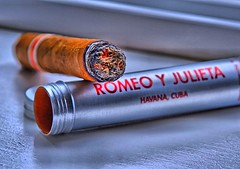 Cuba is well-known for its beautiful beaches, unique culture, attracting many tourists from around the world. Despite its proximity to the US, it is a place that receives very few American travelers. This is because of travel restrictions imposed by the US government on all US citizens and permanent residents.

Cuba is one of the countries in the world that the US has no diplomatic relations with, and the relationship between the two countries has been hostile for about five decades. The hostility between the two nations resulted from the Cuban communist government’s reluctance to move towards democratization. In 1960, the US imposed an economic embargo on Cuba, because the Cuban government had confiscated properties that belonged to US citizens and corporations. The embargo was extended to an almost complete sanction in 1962. The following year, after the Cuban Missile Crisis, President John F. Kennedy issued the Cuban Assets Control Regulations, and he tried to ban US citizens from traveling to Cuba.

The travel ban was never really made into a law, because it is in violation within the US Constitution. Therefore, it is not illegal for US citizens to travel to Cuba, but with the current Cuban Assets Control Regulations in place, it is against the law for Americans to spend money in Cuba without a special license issued by the Office of Foreign Assets Control. Those who are eligible to apply for the special license include: US citizens who are visiting close relatives in Cuba, journalists or members of broadcasting crews who are participating in journalistic activities in the country, government travelers who are on official business, official business travelers, full-time professionals who have work-related duties to perform in Cuba, and students who are pursuing a course in a Cuban academic institution.

Despite the travel restrictions, some Americans still manage to visit Cuba without getting into trouble with the government. One of the safest ways to travel to Cuba is through a third country. Travelers have to fly to another country first and then take another flight to Cuba from that country. Since the Cuban immigration does not stamp American passports, there will be no evidence showing that they traveled to Cuba. When they return to the US, the US immigration will just assume they had been vacationing in the third country. There are many travel agencies that can make arrangements for Americans to visit Cuba through a third country.

Those who are planning to travel to Cuba via a third country should be extra careful during their trip, because they do not have the option of seeking help from the US Interests Section in times of emergency. American travelers to Cuba should get a travel insurance policy from a company that provides 24-hour emergency call service. In case they get involved in an accident or lose their belongings, they can seek advice from someone who is experienced in dealing with travel emergencies. Also, travel insurance provides compensation for medical expenses, as well as loss, damage, or theft of personal belongings.