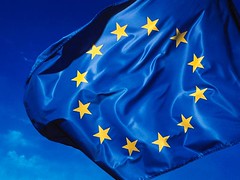 The reasons for traveling to Europe are endless. As if its history, culture and natural beauty are not enough to draw you; the cuisine, the locals and the myriad of sights and wonders to see would be more than enough to suffice many a visitor. Europe is Earth’s second-smallest continent covering only 2% of the World’s surface and home to 11% of the Earth’s population, but within that small space is a plethora of incredible countries that have to be seen at least once in a lifetime.

The most popular tourist destination countries of Europe include France, Spain, Italy, Greece, Switzerland, Germany, Ireland, Scotland and the United Kingdom. Although, some of the lesser traveled countries such as Sweden, Russia, Turkey, Portugal and Belgium hold priceless historical and natural treasures that are not to be missed.

The most unique feature of Europe is the proximity of all of its countries. For example, France is surrounded by Spain, the United Kingdom, Belgium, Netherlands, Germany, Switzerland, Italy, the Mediterranean Sea and Atlantic Ocean. You can easily hop a plane, or even better, ride the rail to any of these countries in a short period of time. Stepping foot from one country to another provides an instantaneous feeling of change. Nowhere else in the world can you see so many different cultures, ecosystems and natural and man-made beauty all in one relatively small area. Many European countries are home to the most cultured of all civilizations. They live their lives full of tradition through their architecture, their arts, their history and the nature that surrounds them.

Each individual has their own personal reasons for the countries they choose to visit while in Europe. Some want to see Paris, France for the famous Eiffel Tower, the Louvre and the street-side cafes. Others may want to visit Germany for the bratwurst, beer and beautiful countryside. Yet others will want to see Italy for Vatican City and the authentic Italian cooking. After doing your own research of Europe, you will find you are drawn to certain countries, cities and cultural for your own reasons.

No matter the European countries you choose to visit, it is of utmost importance that you make sure you are covered with travel insurance. Europe may be just a “hop across the pond” as some like to say, but you are entering a foreign country and accidents can happen just as they do at home. You, or a travel mate, may fall or get into an auto accident while touring. Did you know you would have to pay all medical bills including emergency, doctor and hospital care out of pocket before you leave the country? Most people could not afford this and would be financially devastated. With an inexpensive but valuable travel medical insurance policy you would be covered should the unfortunate happen and leave you to enjoy Europe without fear.